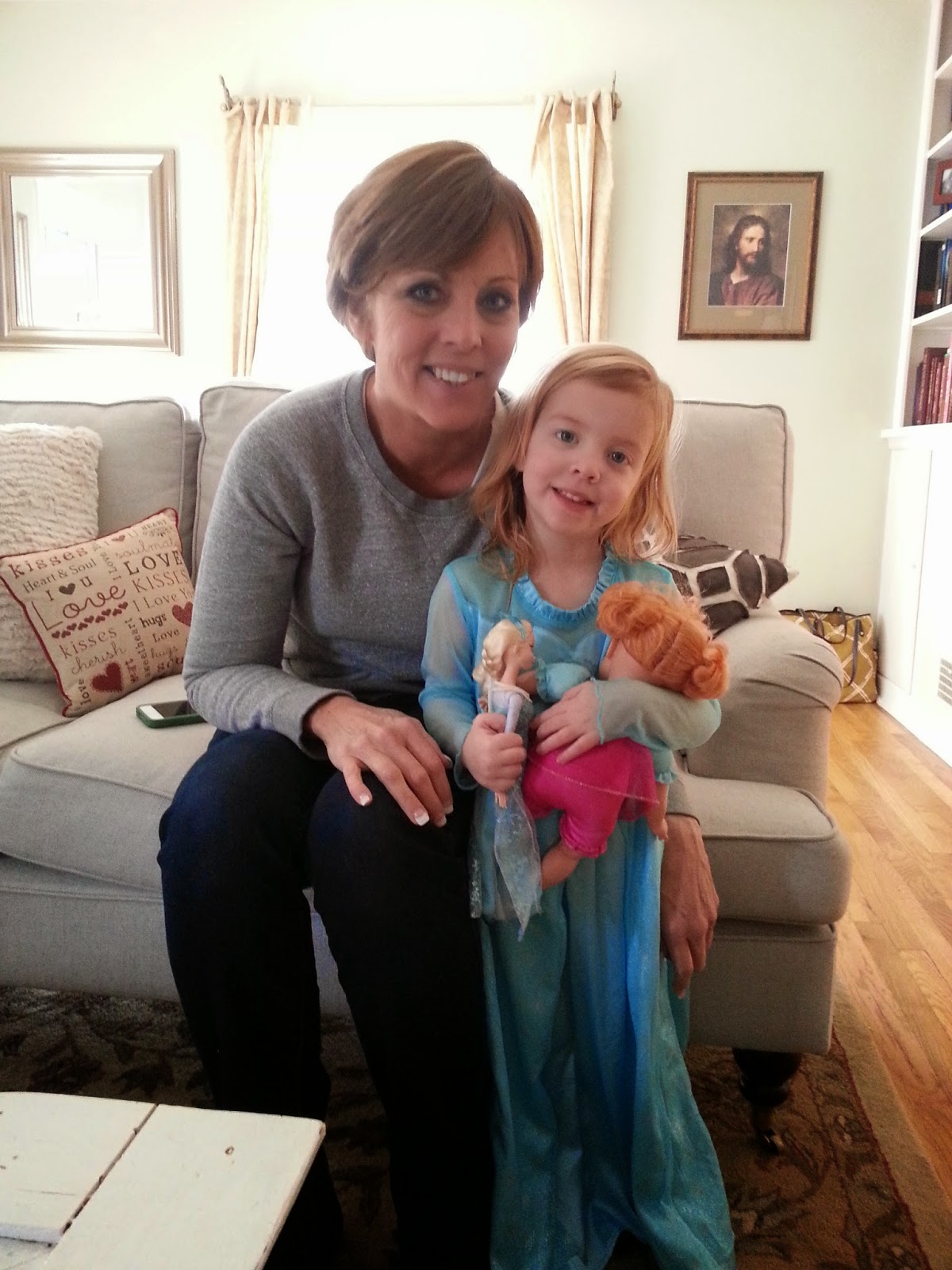 Grammy gave Paisli this Elsa nightgown. It came in the mail a few days late! 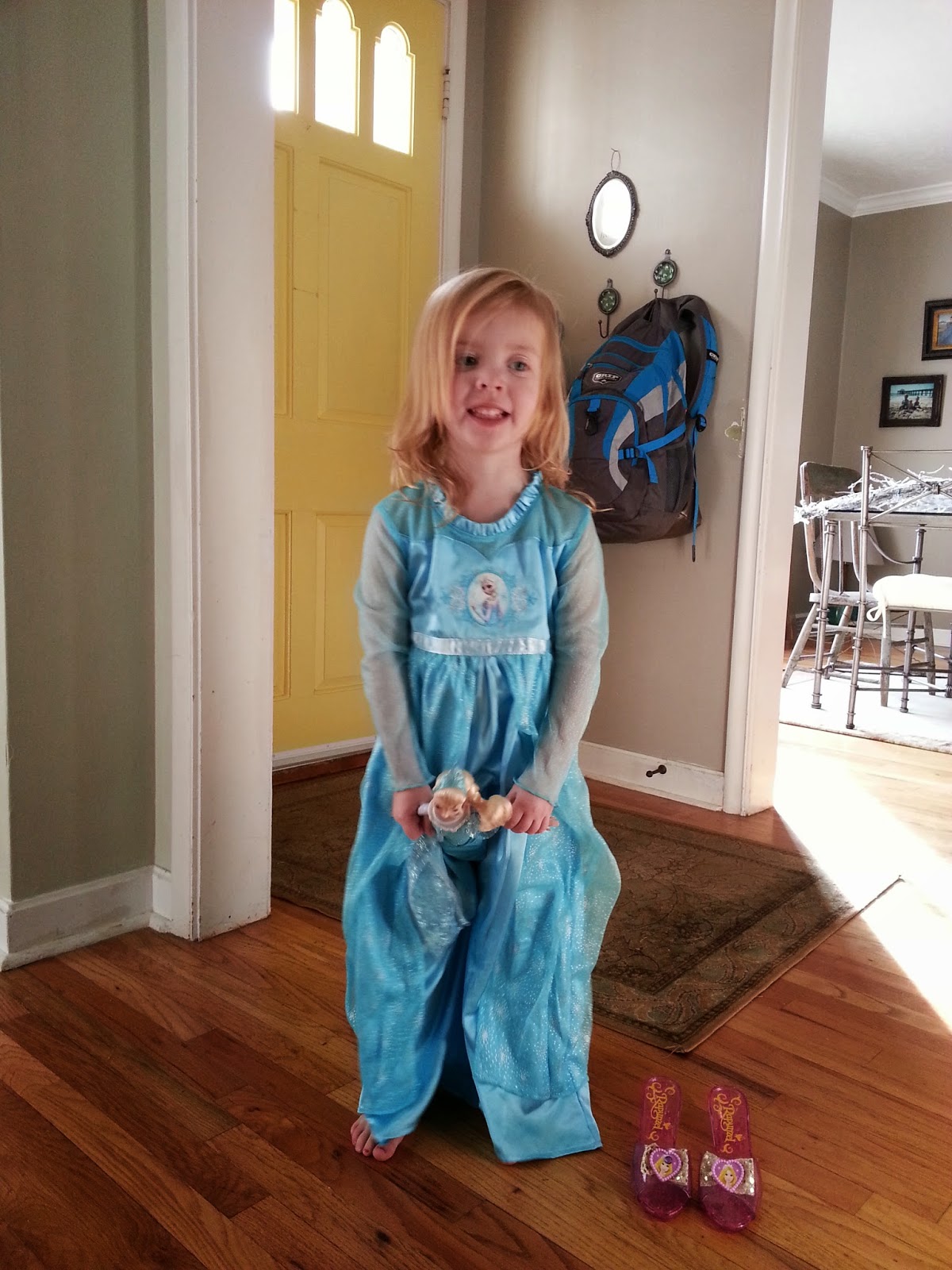 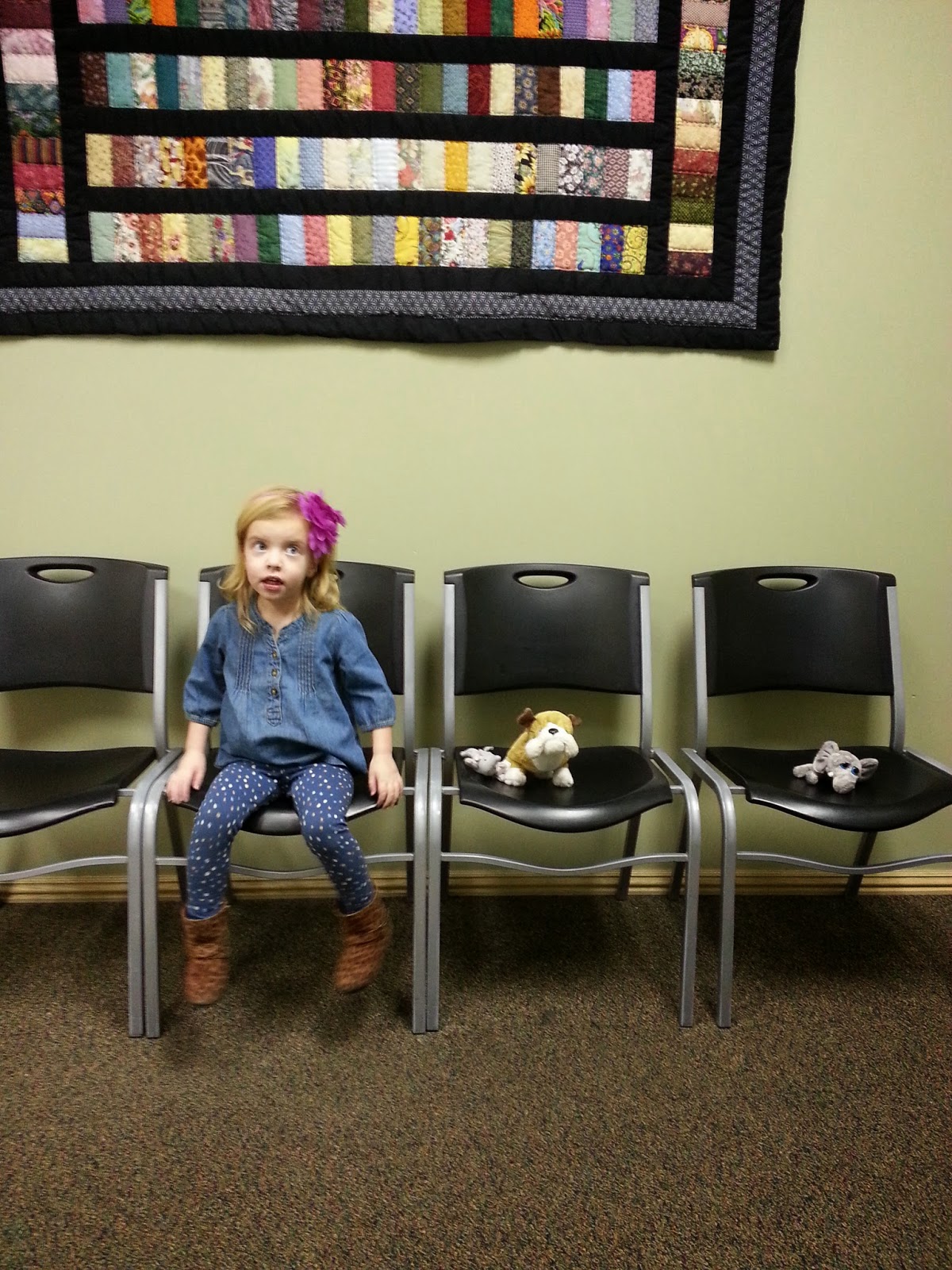 Also, a few days after her bday we went to her 3yr check up. She brought some friends for support! 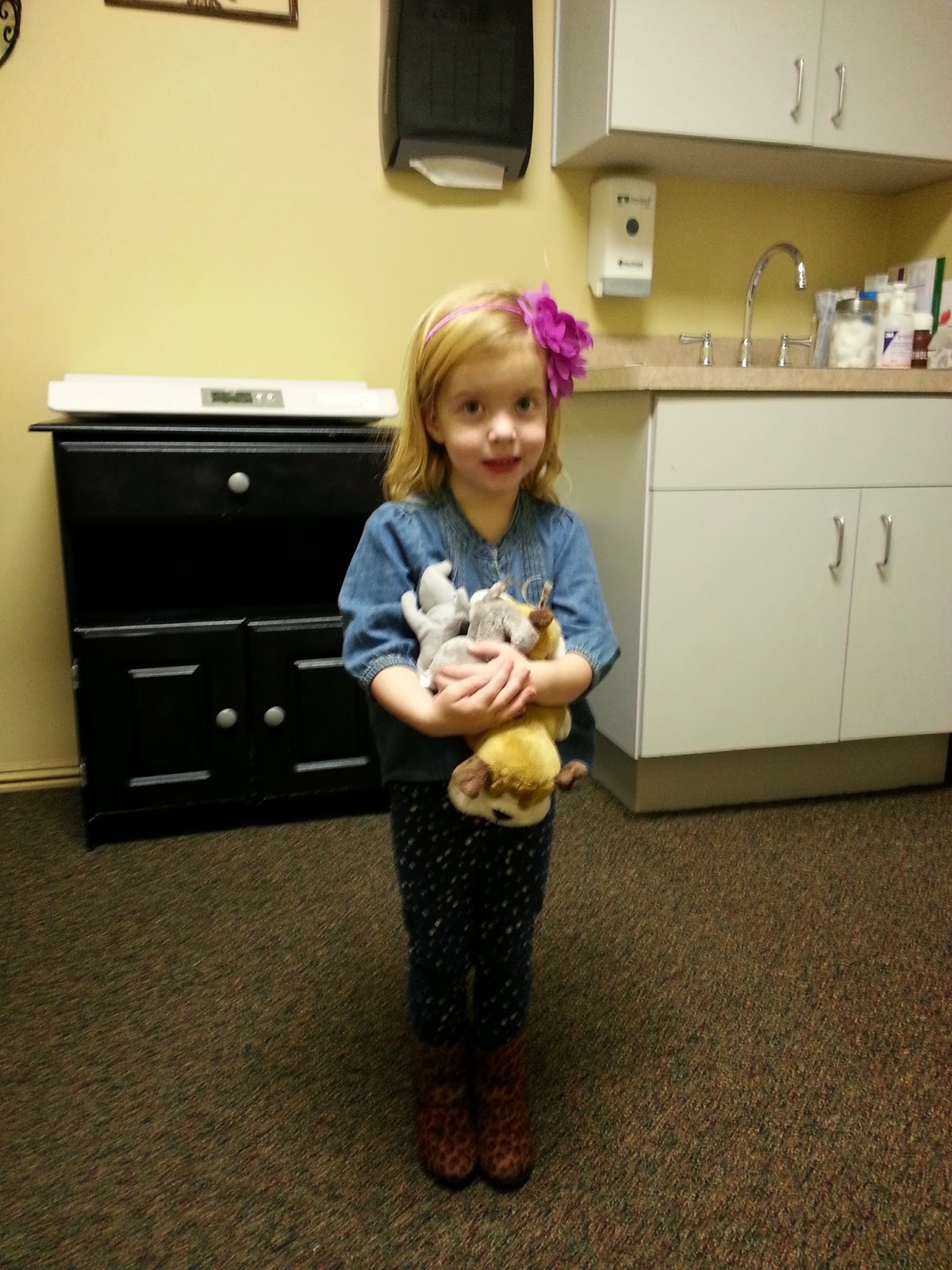 Just before the dr came in. 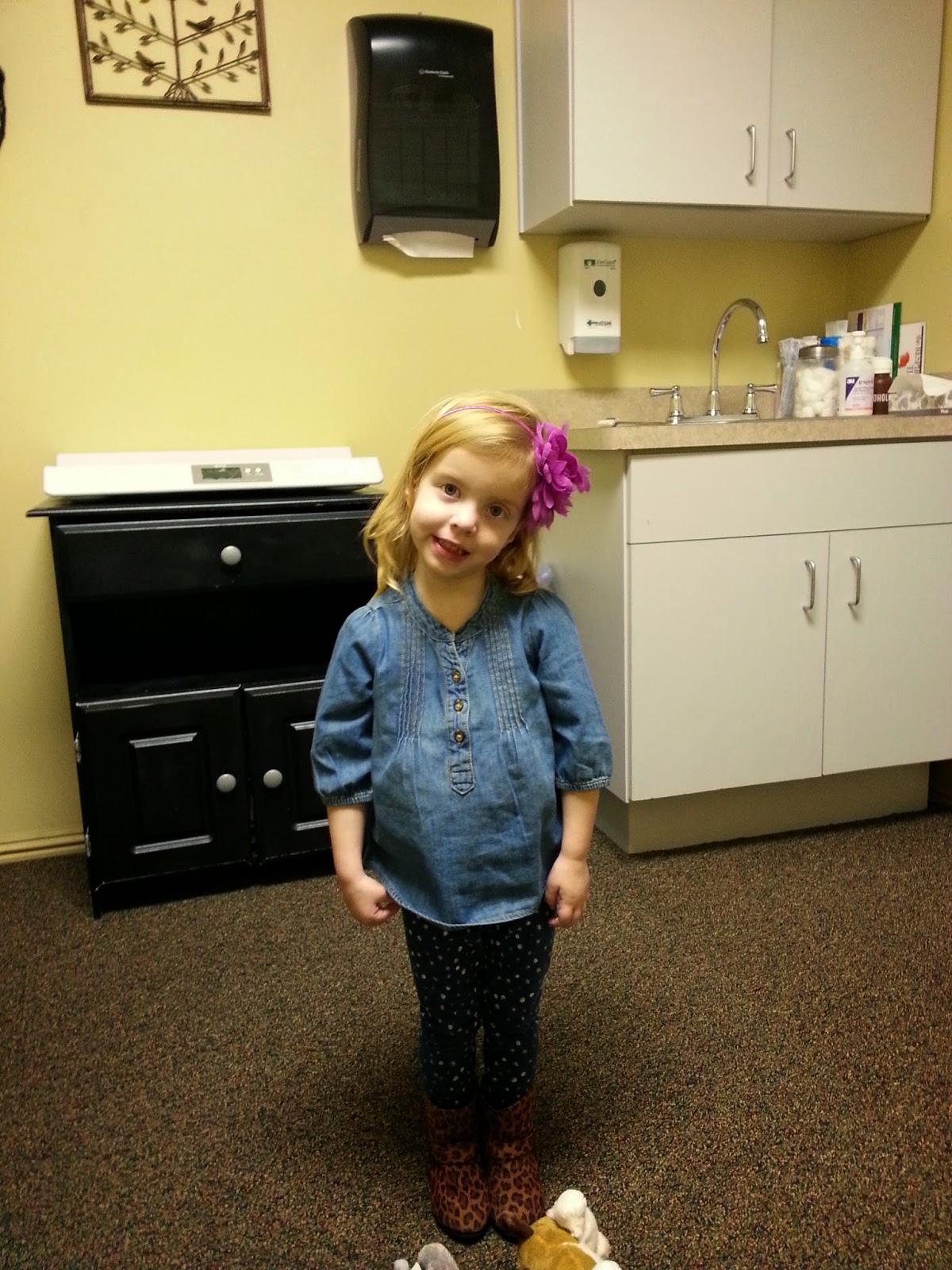 Such a sweetie pie! She weighed 31lbs 50%, 38in tall 75%, it was exciting having her grow so much this past year! My sweet healthy girl! 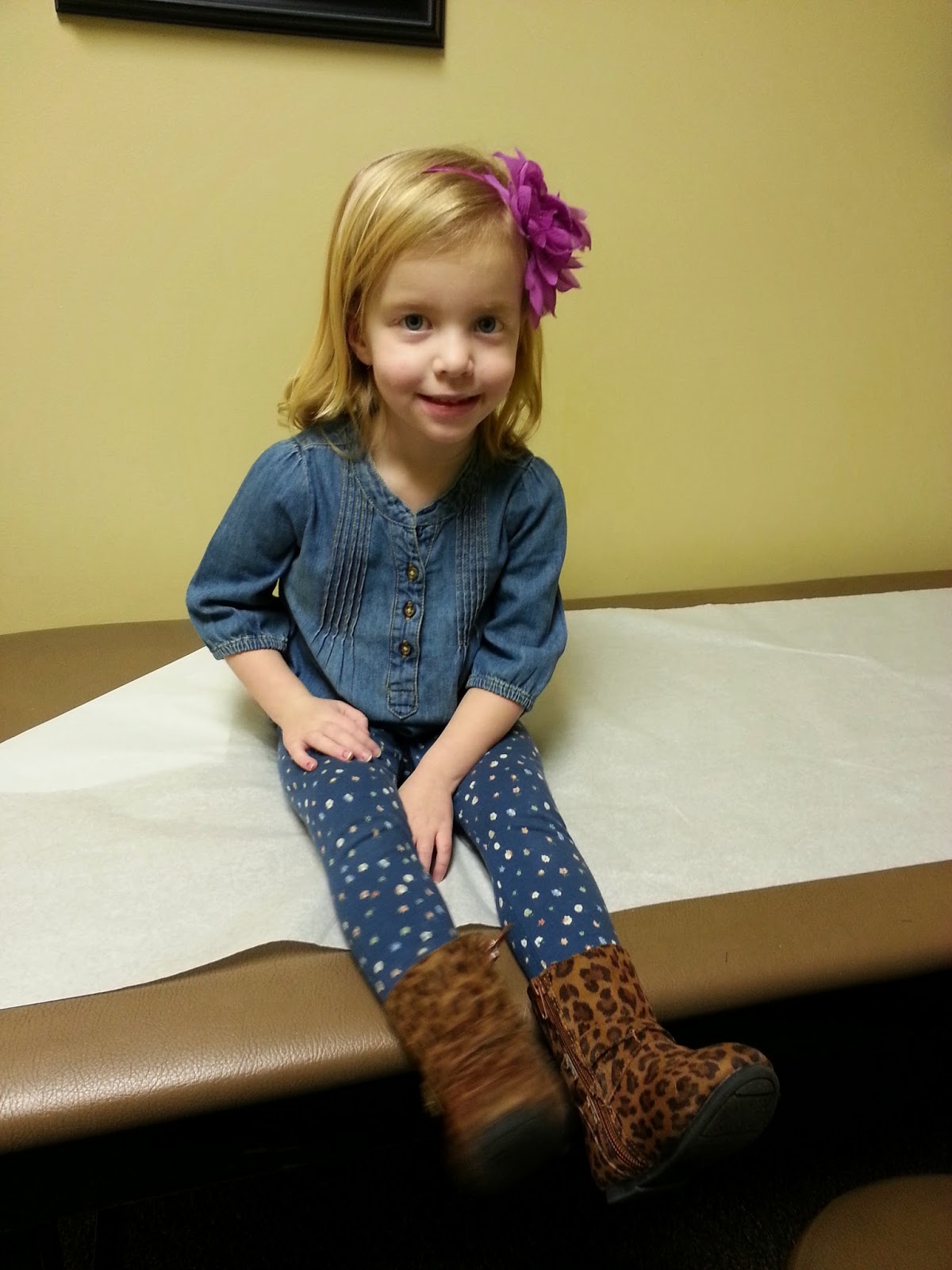 Waiting for her finger prick to check her iron. 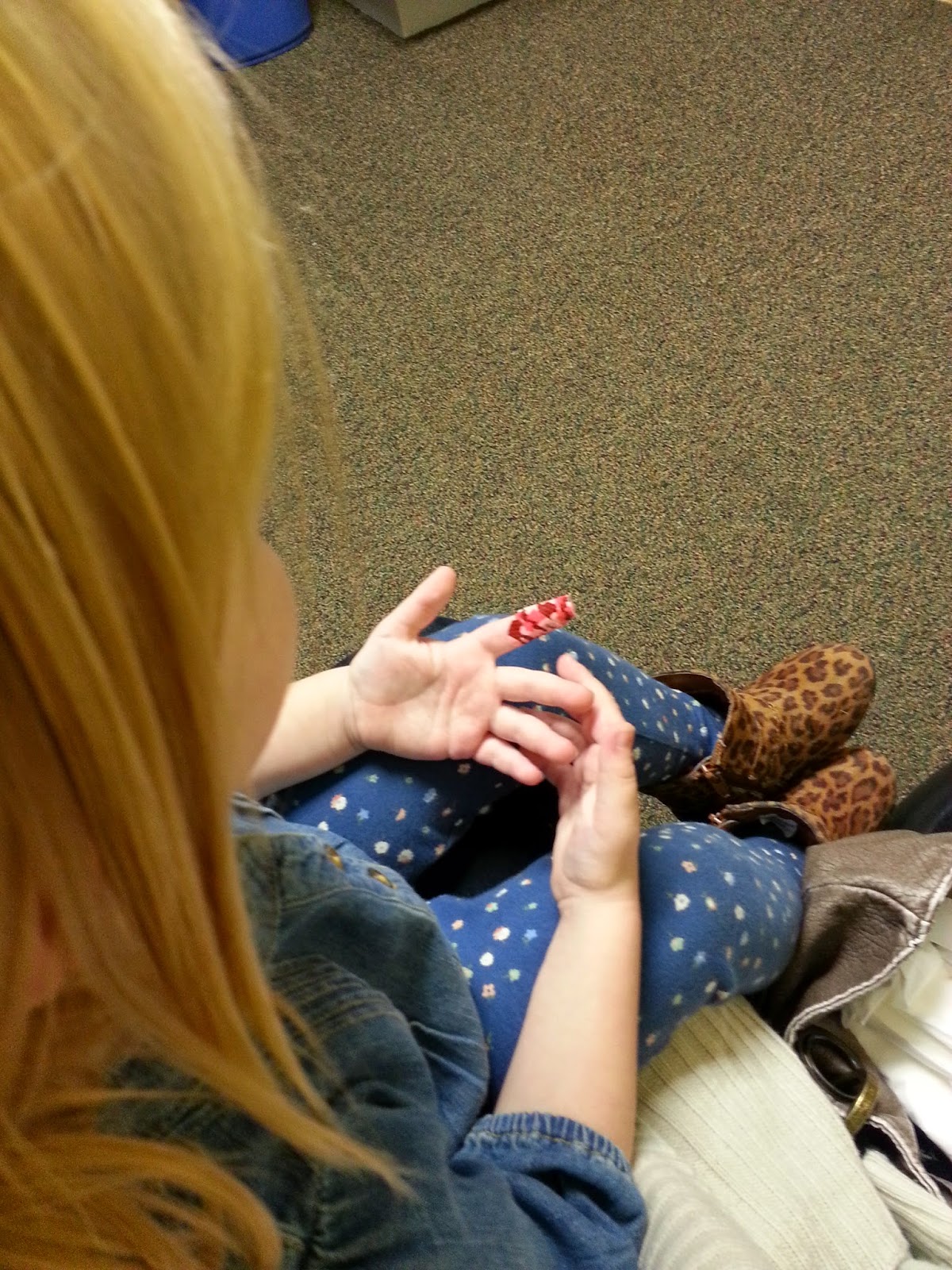 She wasn't too thrilled about it. They gave her a bandaid and that didn't last long. She is not a fan of those. She chose to watch it bleed instead. Which, was not a great idea. She saw the blood and said her tummy hurt. I laughed it off. We got up to leave and she said she was going to throw up. I ran her into the bathroom and she did throw up and almost passed out. She turned completely pale and just laid in my arms. The nurse brought apple juice and we giggled at what a little princess this girl was. Too funny, faint at the site of blood! Definitely not her mama! 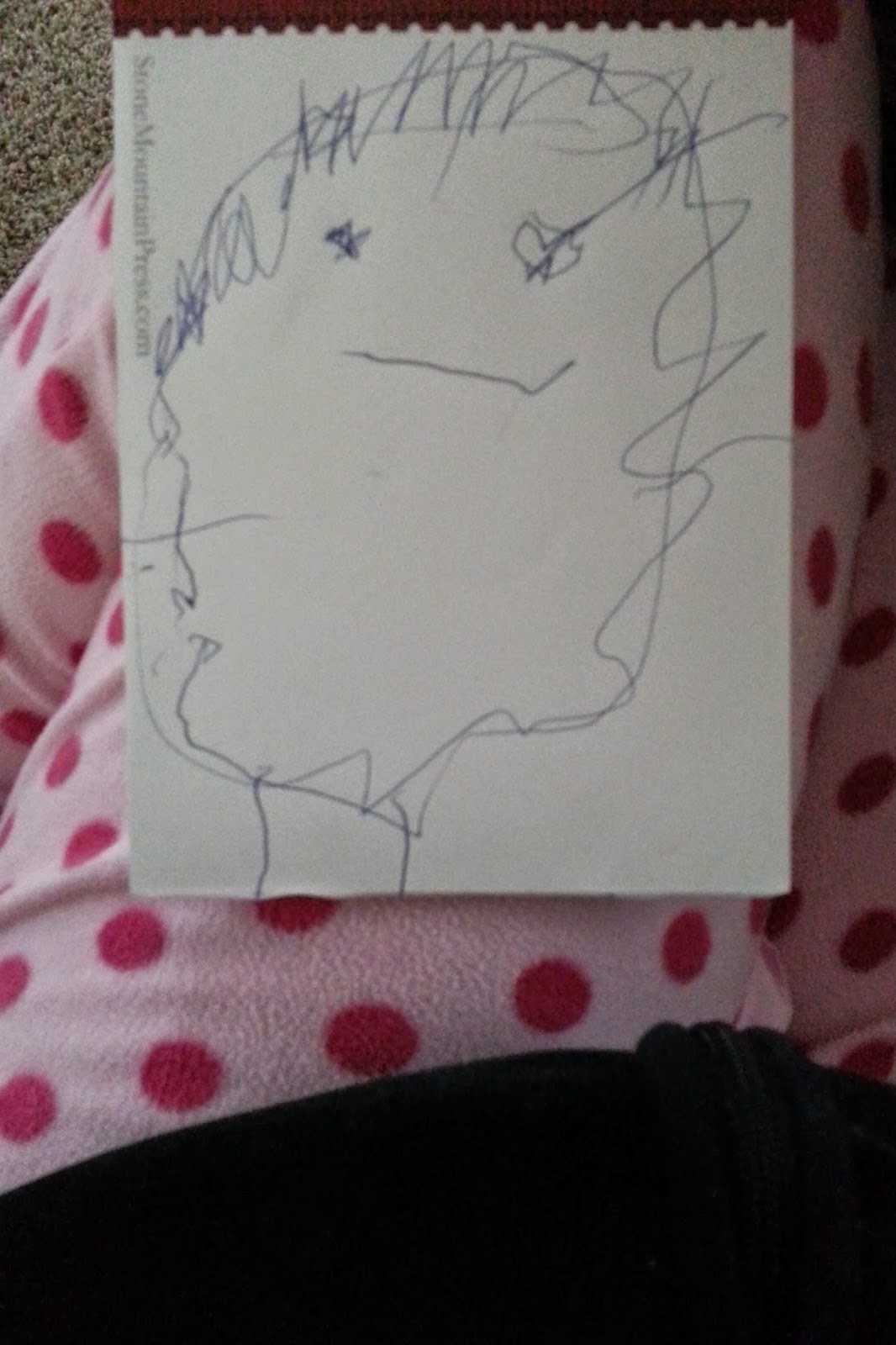 And here is a picture she drew of Elsa. I loooove it! This is the best stage in life!

A Mother of Boys, works from Son up 'til Son down. 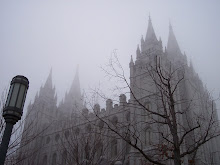 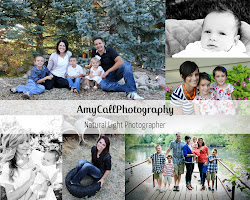 a quote to live by

"Choose your friends with caution; plan your future with purpose, and frame your life with faith."
-Pres. Thomas S. Monson

Here's us looking at you!

Create your own visitor map!

How did you find me?